Home About Us News World Scouts Day: The Grand Opera House and The Scouts
07th February 2020

World Scouts Day: The Grand Opera House and The Scouts 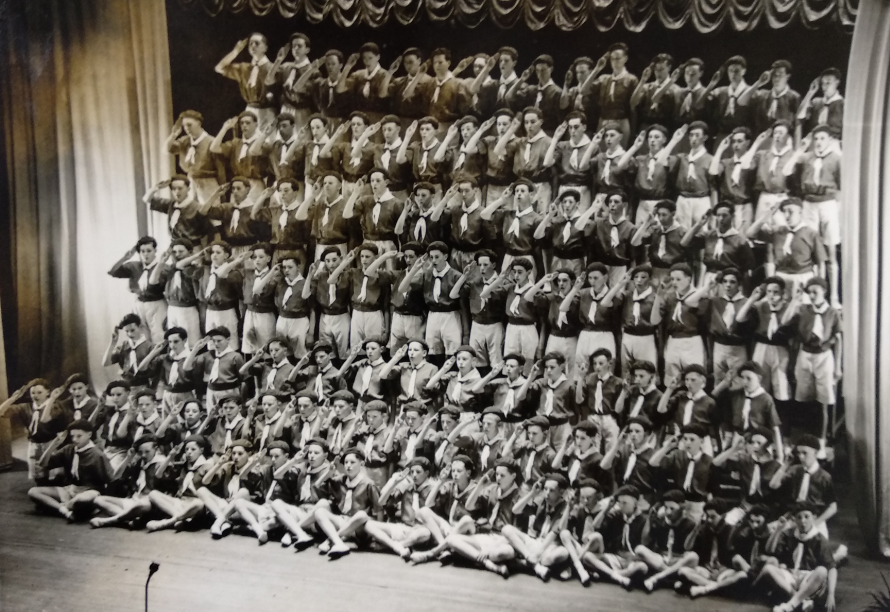 The connection between the Scouts movement and the Grand Opera House goes back for decades. In fact, more than 125 years ago, before the Grand Opera house was even built, Ginnets Circus stood on the very same site in Glengall Street. In it’s short history Ginnets Circus featured a military tournament staged by one Robert Baden-Powell, a captain of the fifth Dragoon Guards, later to become the founder of the Boy Scouts movement.

“Boys are mostly the same the world over, but if an extra bit of warmth can come from any one set then I would award the palm to the Ulster Lads.” This is the Gang Show, Ralph Reader

1982 was named the Year of the Scout and the Ulster Scouts joined forces with the Ulster Girl Guides to perform their biggest Gang Show yet. Grace Bannister, Lord Mayor in 1982 wrote in the programme:

“It is fitting that in this, the 75th Anniversary year of the Scout movement worldwide, the Scouts and Guides of Belfast will stage Gang Show ’82 in the Grand Opera House at Eastertime.

By a happy coincidence this year also brings the fiftieth anniversary of the original Gang Show produced by Ralph Reader in London in 1932, and it is very encouraging to find the local Gang Show returning to the Grand Opera House after an enforced absence of eleven years.

I feel sure it will be well supported, not only be parents and friends, but by all who appreciate the fine work of the Scout Movement and the Girl Guides in this city and throughout the Province. Certainly, we all look forward to a very special evening.” 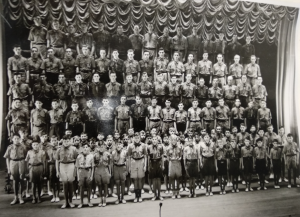 Last week we asked our followers what they remembered about the Gang Shows. We loved hearing about their experiences and seeing their memorabilia: 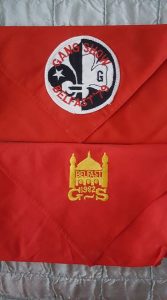