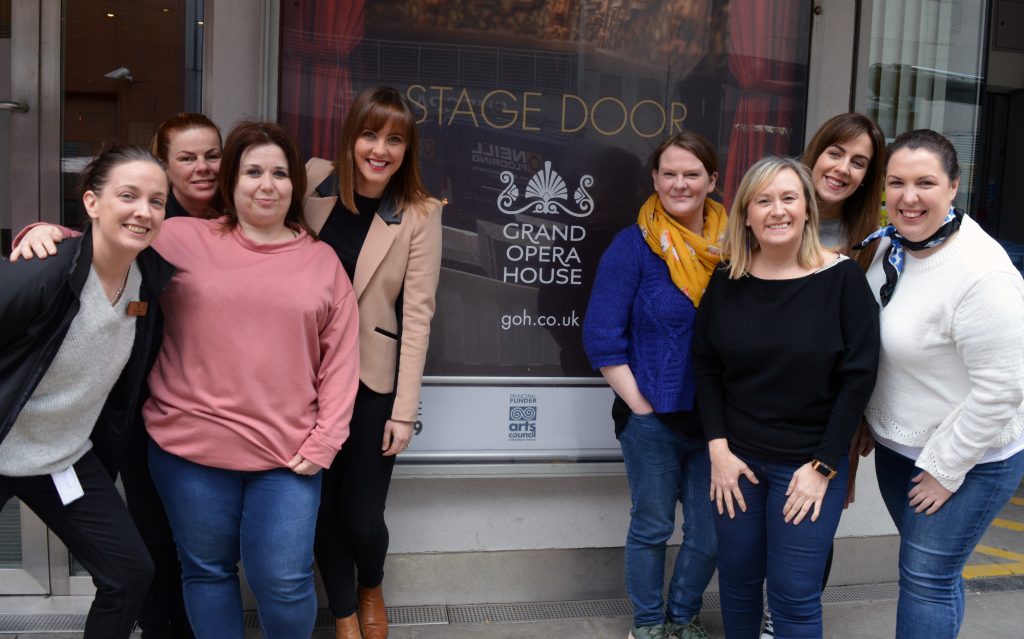 Happy International Women’s Day from some of the fantastic females that work in the Grand Opera House. Today is a day dedicated in honour of women all around the world, celebrating women’s achievements and raising awareness of gender bias. This year’s theme is #eachforequal!

Did you know women in Northern Ireland could not vote until 1918? In the 1870s Isabella Tod established the first suffrage society in Belfast she organised a suffrage tour of Ulster which was well supported, attracting audiences of up to 500 at meetings. Spurred on by this support she established the North of Ireland Women’s Suffrage Society.

On Monday 5 February 1912 Christabel Pankhurst spoke to a full house in the Grand Opera House. She urged her audience to put aside political partisans and concentrate on the votes for a Women’s Agenda.

By 1914 there were over 1000 women in Ulster involved in the suffrage movement, and the numbers were growing, encouraged by visits to Belfast by Emmeline and Christabel Pankhurst of the Women’s Social and Political Union. 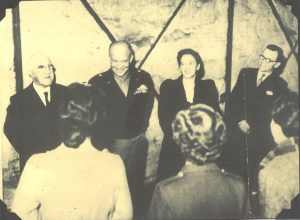 The first female secretary of the Grand Opera House was Miss Adeline Bolton, she replaced Mr James McCann in 1937 and worked closely with Edward Buckley, the managing director of the Theatre at the time. Miss Bolton is remembered as being a powerful force at the Grand Opera House. In 1944, when the U.S Army presented “This is the Army” to an audience of over 30,000 people it was reported in the Belfast Telegraph that Miss Bolton enforced the rationing of tickets to four seats only per customer. The Belfast Telegraph journalist described her as “Caesar in person” being adamant that no one, no matter rank or social standing would receive more than 4 tickets and announcing it loudly to the throngs of people queuing around the Grand Opera House.
Pictured above is General Dwight Eisenhower (the 34th American President) during his visit to the Grand Opera House in 1945. On his right is Edward Buckley, managing director and on his left, Miss Bolton. We have also found pictures of Miss Bolton on stage with Jack Carson, helping him to demonstrate his knife throwing variety act. #womenshistorymonth 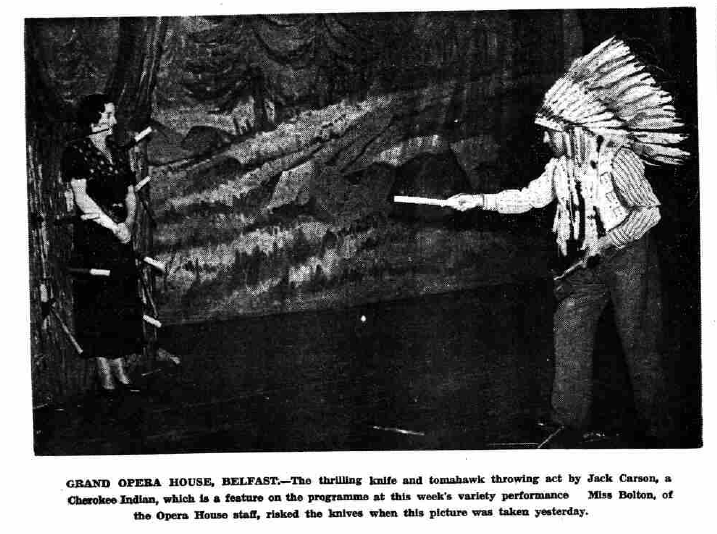 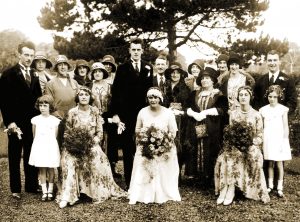 Since 1895 local talent both professional and amateur have been welcomed on the Grand Opera House Stage. The Warden family were very positive in their encouragement and support.

However, one of the most significant leaders of the amateur movement at this time was Gertrude Hill known as Madame Drinkwater. In 1910 she founded the Ulster Operatic Theatre Company originally named the Ulster Amateur Operatic Society. Madame Drinkwater was a regular on the Grand Opera House stage performing and producing classic operas.

Pictured above at the wedding of one of her students Eva Lawther Carroll nee McComb in 1930. Madame Drinkwater is to the right hand of the bride wearing her signature hat with purse in hand.

She was originally from Wales and was trained by Ivor Nevello’s mother, Clara Novello Davies, she toured America and won various awards for her voice. She even sung before Queen Victoria. She was dedicated to music, teaching in a studio in Wellington Place even throughout the worst of the Second World War. She received an MBE from the King and when she retired in 1946 the prime minister at the time, the Right Honourable Sir Basil Brooke gave the public presentation. Having staged various Operettas and Operas of Gilbert & Sullivan with her many pupils on the Grand Opera House stage, she never looked back.

The Ulster Operatic Company continue to perform on the Grand Opera House Stage most recently with sold-out performances of Grease and Spamalot we look forward to welcoming the company back to our newly restored auditorium in 2021. #womenshistorymonth