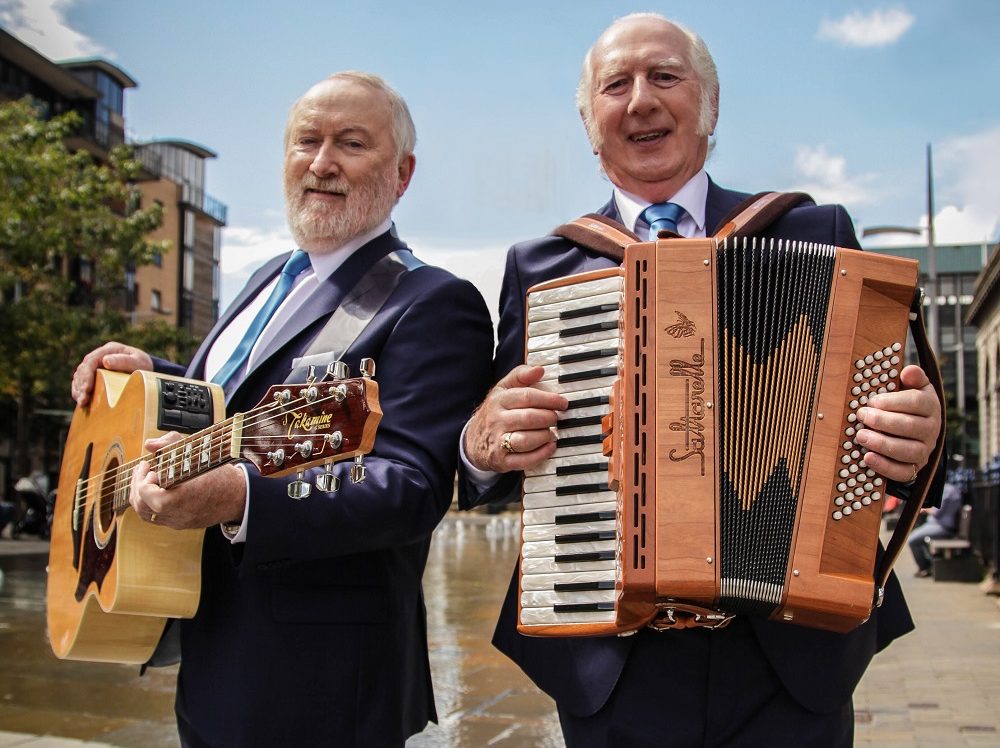 International Recording artists Foster & Allen are Celebrating their 45th Anniversary in the Music Business with their ‘We’ll Meet Again’ Tour at the Grand Opera House this January.

It has been over 2 years since Mick Foster & Tony Allen last toured Northern Ireland and fans are delighted they are coming back.

The boys have been busy in the studio working on a brand-new 20 track album, due for release in early 2022.  The album,  to be aptly called “We’ll Meet Again”, will feature their version of the Vera Lynn classic as well as many other new recordings mixed with some original songs.

As they take to the Grand Opera House stage, Mick & Tony will perform all their hits like “Bunch Of Thyme” (it will be 40 years in February 2022 since Foster & Allen first appeared on Top Of The Pops performing that song), Old Flames, Maggie, After All These Years, We Owe It All to You, Mrs. Brown’s Boys, as well as some of their brilliant new recordings.

For a fantastic night of nostalgia and a guaranteed sing-a-long with two of the most popular singers to grace the stage, book your tickets now.