Home About Us News Northern Ballet is to première Victoria, a ballet by Cathy Marston in spring 2019
29th May 2018

Northern Ballet is to première Victoria, a ballet by Cathy Marston in spring 2019 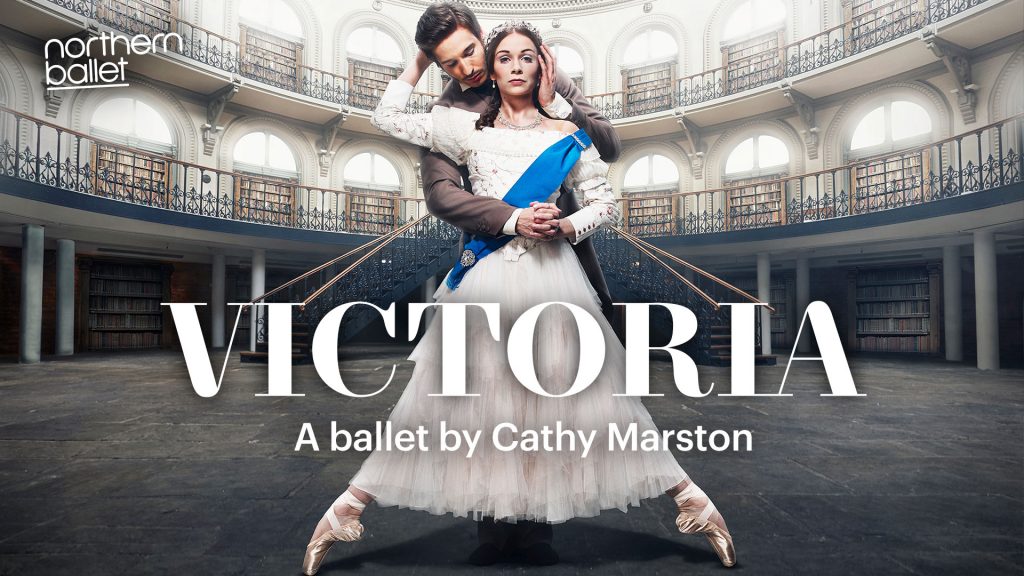 This new ballet will coincide with the 200th anniversary of the birth of one of Britain’s most iconic monarchs, Queen Victoria. Victoria tells the astounding life story of Queen Victoria through the eyes of her youngest child and lifelong companion Beatrice. Travelling back in time from Victoria’s death bed.

Beatrice relives her memories of her mother as a secluded widow before discovering her anew as she transcribes the Queen’s intimate diaries. From the accession of the teenage princess Victoria, Beatrice uncovers her mother’s challenging relationship with her own mother; the truth about her passionate marriage to Prince Albert; and her ambiguous relationship with John Brown; as well as key events of her reign from the Opium Wars to the Great Exhibition. Wife, mother, lover, Empress; Victoria presents the various, often conflicting faces of this emblematic monarch, and shows how an act of daughterly devotion became one of history’s most notorious revisions.

Victoria will be choreographed and directed by the internationally acclaimed Cathy Marston, who is also responsible for the recent creation of Northern Ballet’s Jane Eyre which was nominated for a South Bank Sky Arts Award. Sets and costumes will be designed by Steffen Aarfing whose recent projects include designs for Król Roger at the Royal Opera House. Lighting will be designed by Alastair West who was recently nominated at the Knight of Illumination Awards for his designs for Northern Ballet’s Casanova. Dramaturgy is by British director and writer Uzma Hameed whose previous projects include Woolf Works for The Royal Ballet. The scenario for Victoria has been written by Marston and Hameed in collaboration. Victoria will be set to an original score by Philip Feeney whose previous scores for Northern Ballet include Jane Eyre and Cinderella.

David Nixon OBE, Artistic Director of Northern Ballet, said: ‘Queen Victoria is arguably one of the most iconic women of all time. The legacy of her extraordinary reign extends into the current day and we are privileged to be able to tell her story in dance.I am delighted that Cathy Marston accepted my invitation to create this new ballet for us. Cathy’s last creation for Northern Ballet was Jane Eyre which was incredibly well received and a fine addition to our repertoire. Cathy is an exciting and innovative choreographer and a wonderful collaborator so we look forward to welcoming her back to our studios once again to begin Victoria’s journey’.

Cathy Marston said: ‘Northern Ballet explores and commits to its subjects with an incredible depth, bringing not only their amazing technical expertise but a constant desire to use their imagination to transform the way stories can be told through dance. I am very excited to return to the Company to work on such a rich story as that of Queen Victoria for her bicentenary year. Her life was full of extraordinary innovations and characters and I feel very inspired by the unusual perspective of Victoria’s daughter Beatrice, from whom we hope to discover our iconic, but nevertheless elusive subject. Responsible for shaping much of what we know of Queen Victoria today, this mother/daughter relationship will be both a historically and emotionally compelling engine for our new ballet.’