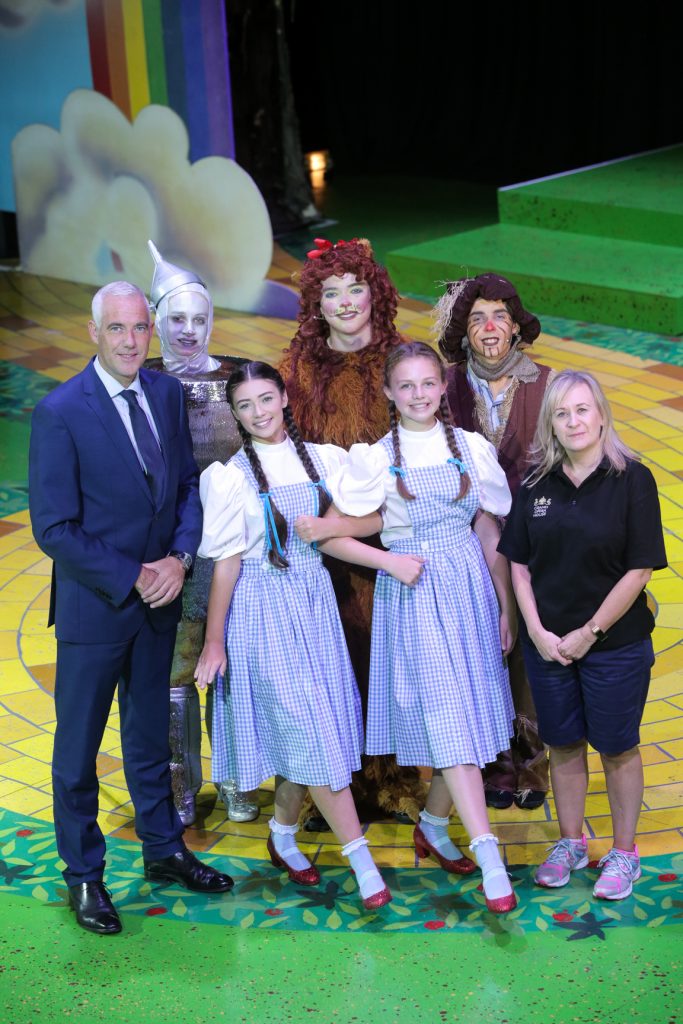 This year’s Grand Opera House Summer Youth Production, The Wizard of Oz, opened on Thursday night to a full house and a standing ovation for the 200 young people on stage!

An all singing, all dancing musical spectacular, The Wizard of Oz stars some of Northern Ireland’s most talented 10-18 year olds, who have spent the past two weeks working with a professional creative team to bring this incredible production to life.

“For the past couple of weeks, this wonderful cast has dedicated so many hours to rehearsals and the end result is a true reflection of just how hard they have worked. With the larger-than-life characters and iconic storyline from the classic film, plus a few cheerful surprises along the way, we have put together an amazing show for the whole family to enjoy.”

At the heart of the Summer Youth Production is a truly talented local cast, with the role of Dorothy shared by Newtownabbey’s Holly Topping and Caroline Michael from Jordanstown. Dorothy’s three companions on the yellow brick road are the Lion, played by Belfast’s Alex Jemphrey, the Scarecrow, played by Peter Gildernew of Aughnacloy, and the Tin Man, performed by Conall McGinn from Belfast.

Now in its eighth year, the 2018 Summer Youth Production is proudly sponsored by Phoenix Natural Gas. Executive Director, Jonathan Martindale, said; “At Phoenix Natural Gas we aim to support the next generation, and the Summer Youth Production offers a very real opportunity to young aspiring performers. Congratulations to the entire Wizard of Oz cast on such a remarkable opening night performance. This show is a joy for both the performers and the audience – you won’t want to miss it!”