Got tickets to see Curtains this week? Have you been collecting the Trump Cards of all the murder suspects? If not don’t worry! Below is a handy crib sheet for you to meet the suspects and decide whodunnit!

Leading the investigation is Lieutenant Frank Cioffi, a theatre buff and amateur actor who loves the limelight, but does he have the skills to solve the crime! 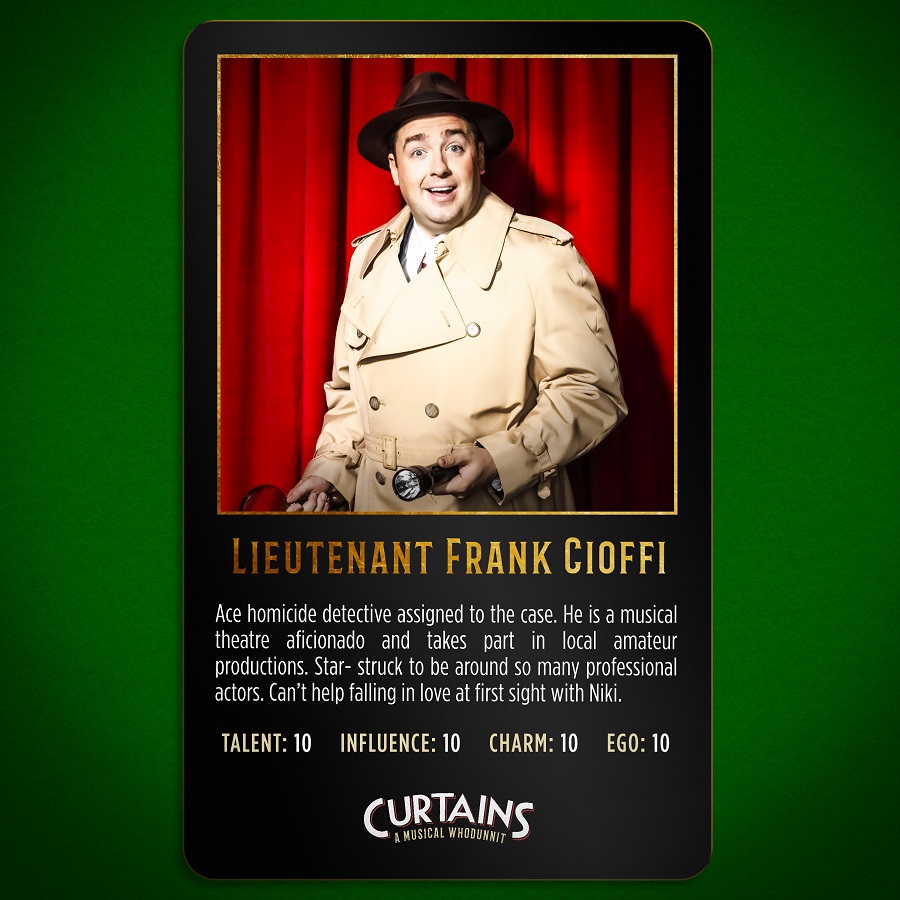 Mother and daughter; Bambi Bernet and Carmen Bernstein. The Broadway producer and her chorus line daughter have ambition and seek success, but do they have a murderous side? 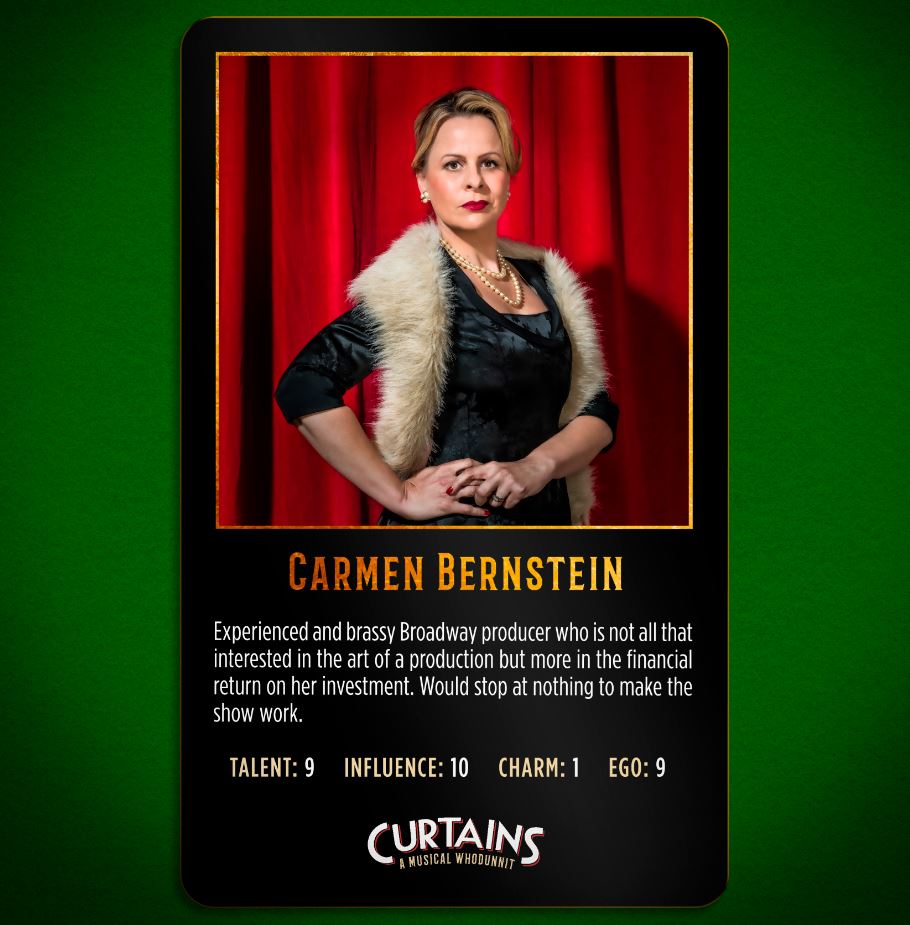 No charm and a large ego Daryl Grady is no one’s best friend but would he stoop low enough to commit a murder? 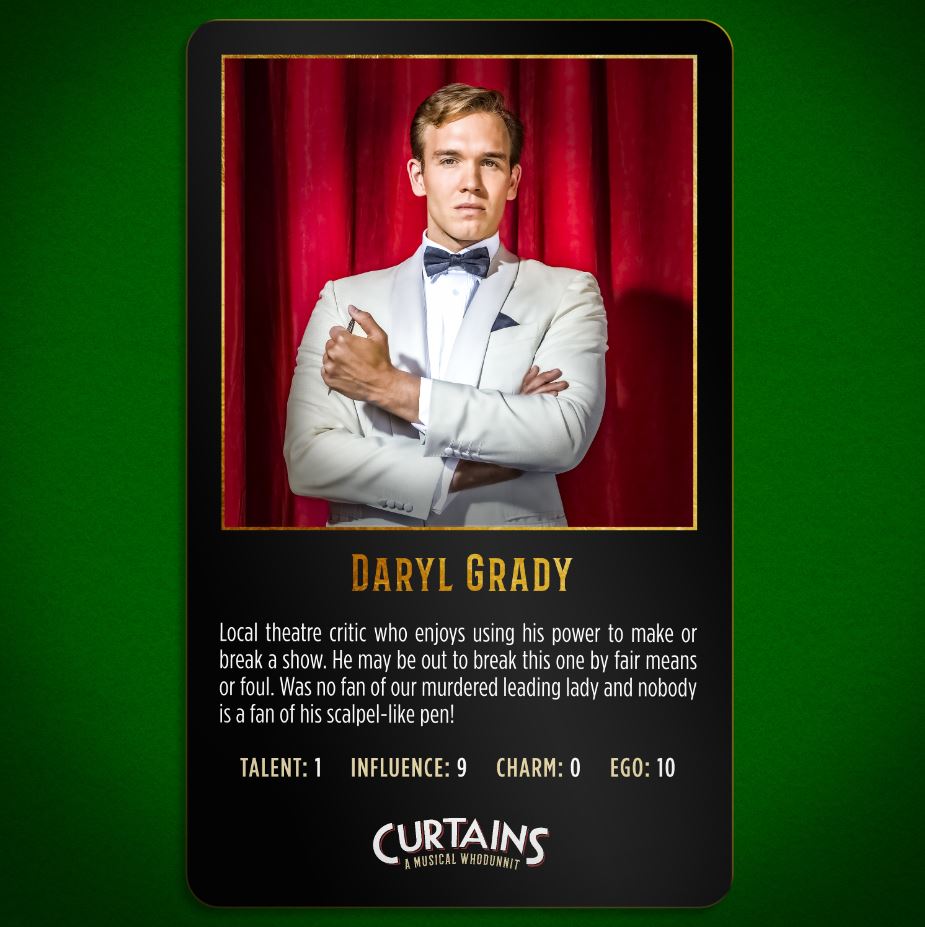 Influential General Manager Oscar could sell ice to the Eskimos and is always on the lookout for his next big money-making scheme. But has he got a deadly side? 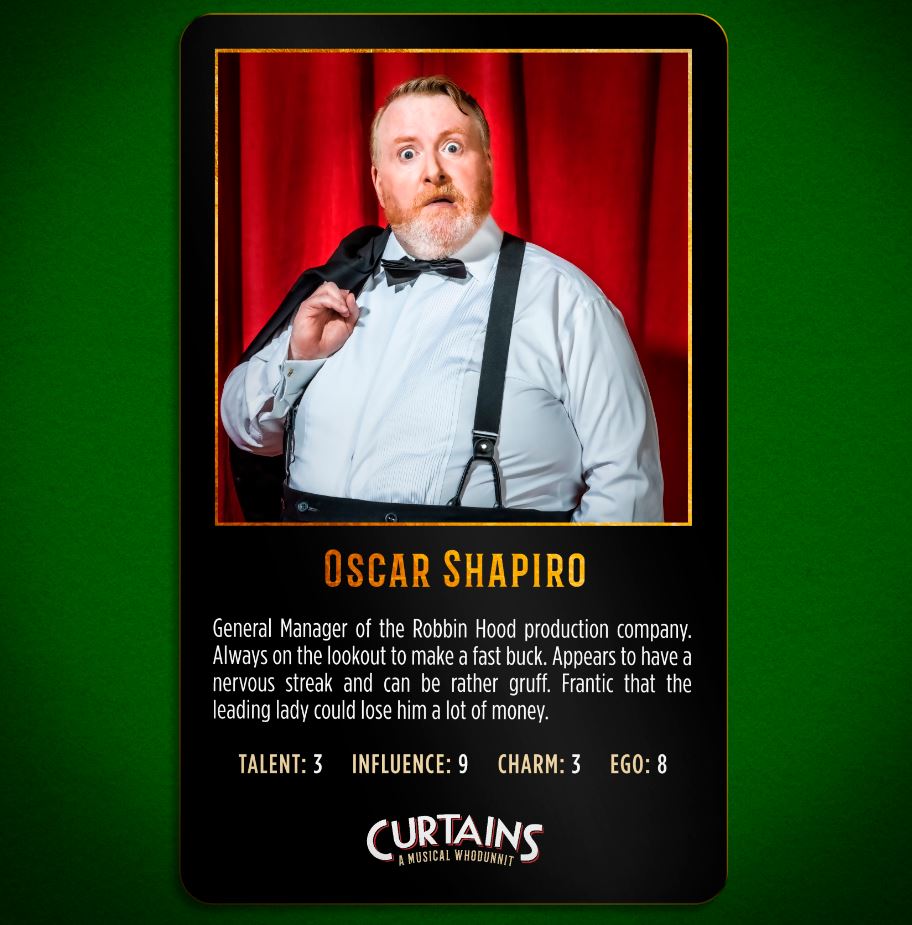 Scorned Ex-wife who is gifted the leading lady role because of tragic circumstances Georgia Hendricks has a lot to gain from this tragic murder but was it her? 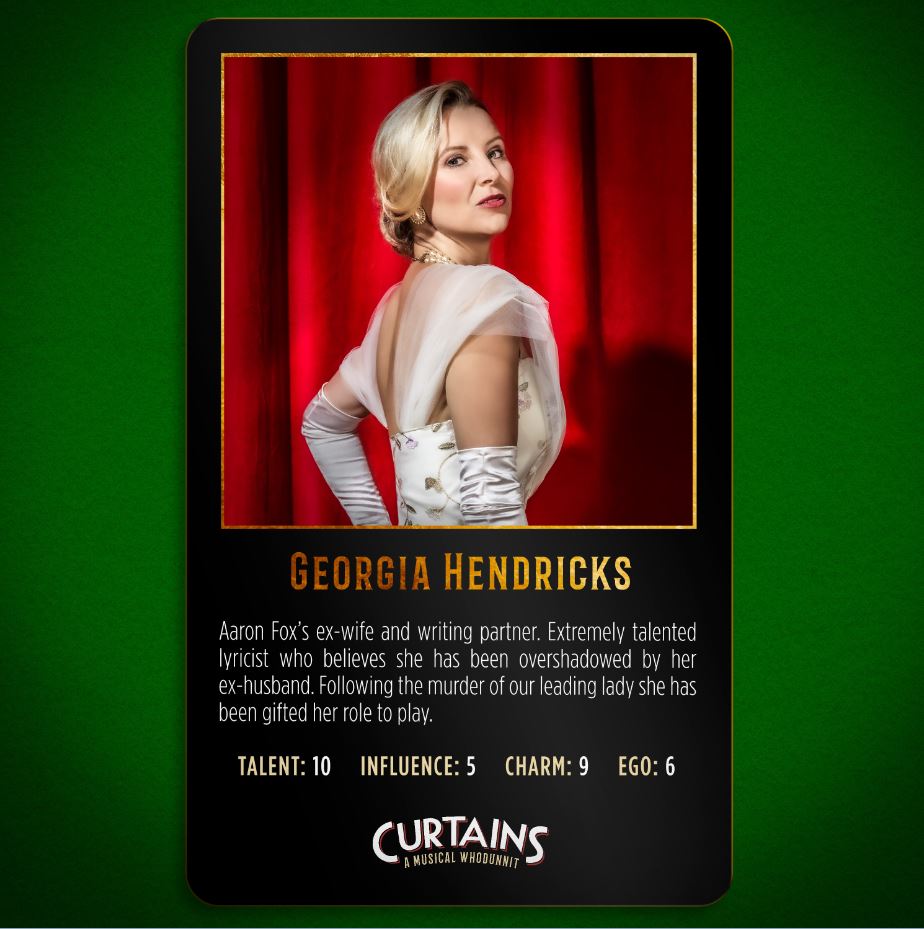 Naïve chorus girl who has Lieutenant Frank Cioffi wrapped around her little finger but is her naivety all an act? 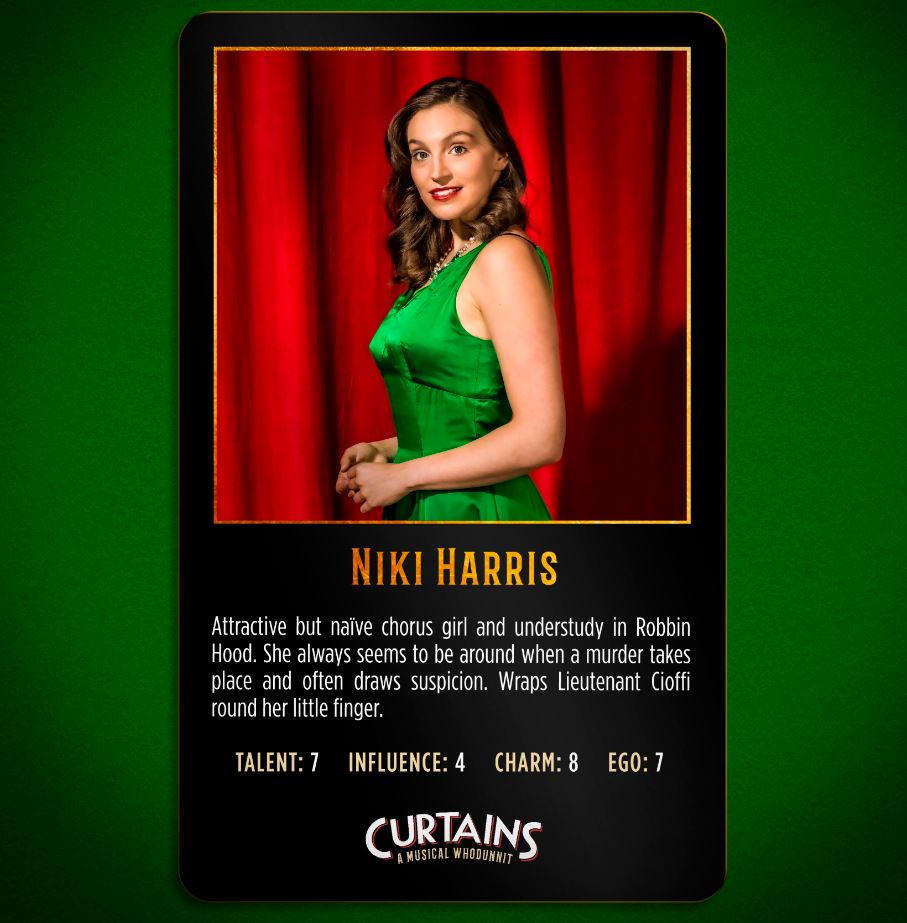 What about the director? Seeking always for perfection and not getting it from his ensemble. Did Christopher Belling see red? 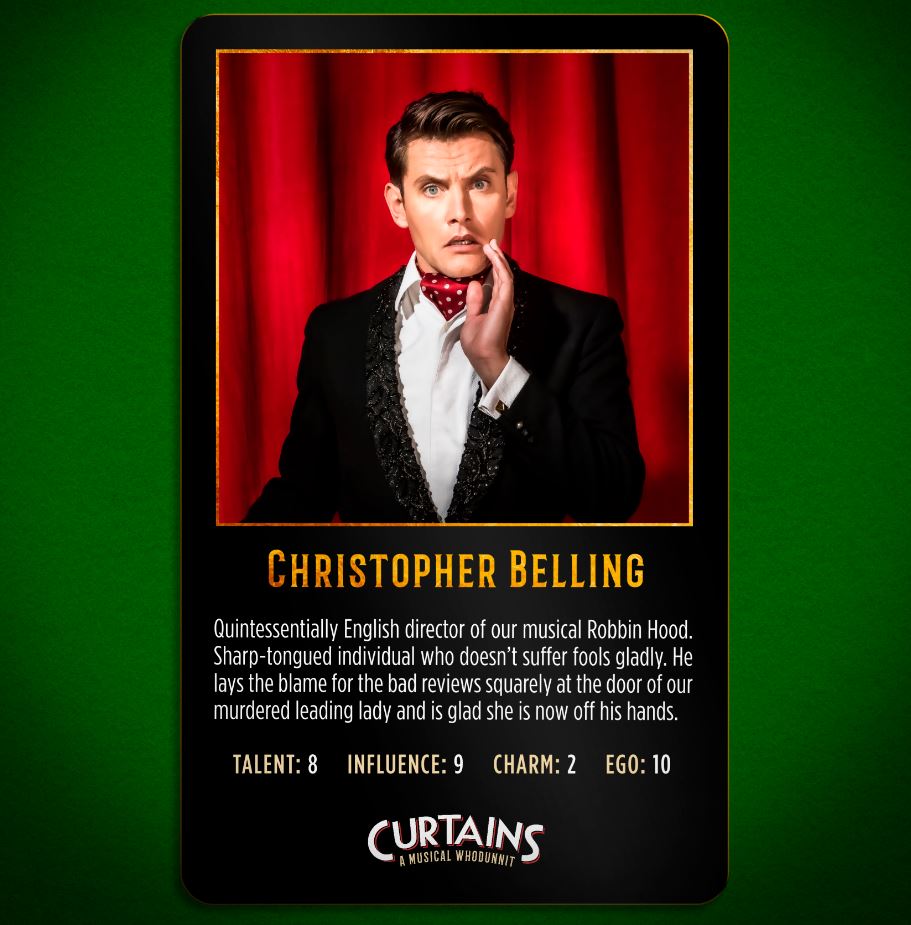 Last but not least, although I feel we maybe missing a character or two, to be revealed later. What about the Choreographer he’s got the moves but has he got the motives?? 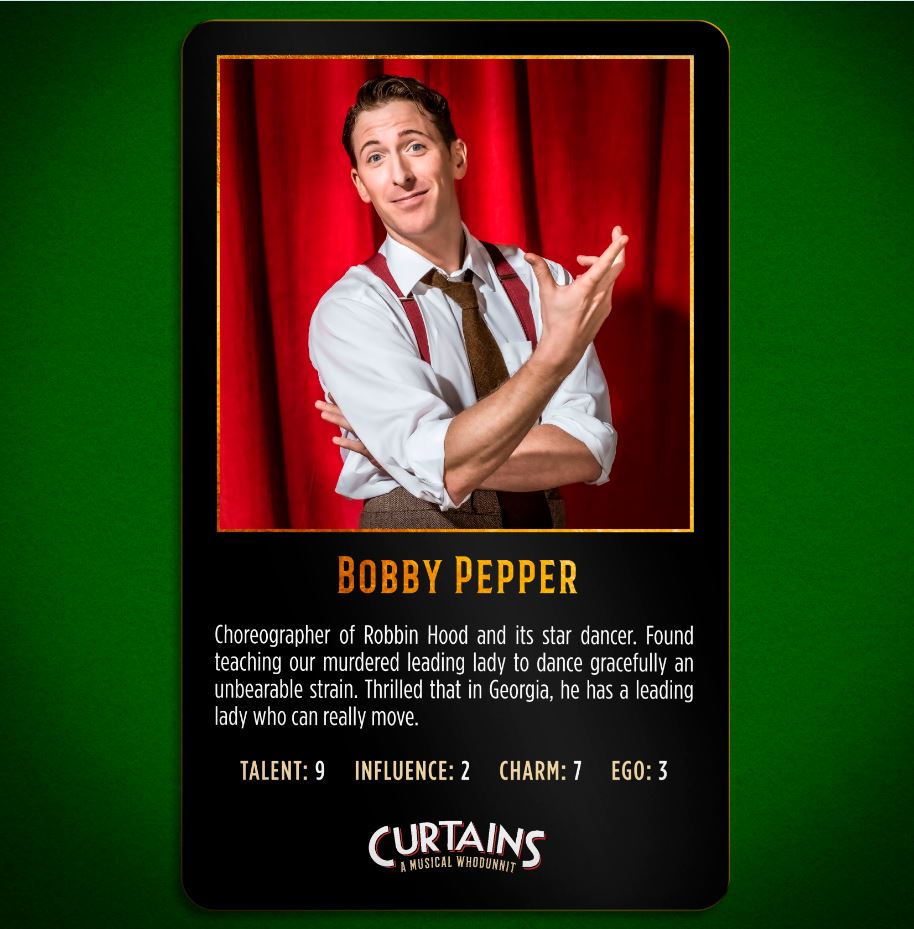 Find out more about Curtains the musical whodunnit and book tickets here: https://www.goh.co.uk/whats-on/curtains/

We use cookies to ensure that we give you the best experience on our website. If you continue to use this site we will assume that you are happy with it.Ok