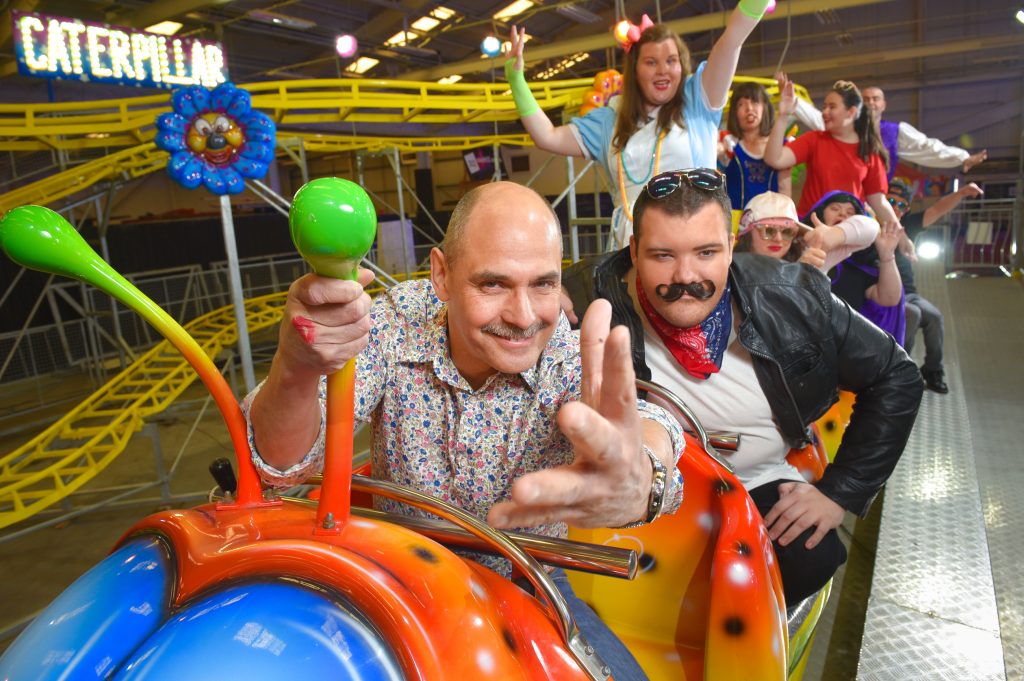 Theatregoers are going ‘Radio Ga Ga’ as Belfast-based charity Action Ability has announced that tickets are selling fast for their much anticipated production of Bohemian Bap City, at Belfast’s Grand Opera House on Tuesday 26 June 2018. Members of Action Ability will take to the stage alongside the UK’s leading Queen tribute band, Flash Harry, in this satirical comedy which explores ‘Freddie Mercury’s’ journey and quest to become a rock star, whilst growing up on the streets of Belfast.

Sponsored by Planet Fun, Europe’s biggest portable theme park, which will return to S13 on the Boucher Road, Belfast, in September, Bohemian Bap City is sure to sell-out. Harry Hamilton, front man of Flash Harry, is looking forward to performing as part of this unmissable evening. He says:

“Although the band will be singing all of Queen’s biggest hits, including ‘We Are The Champions’, it is in fact the cast of Action Ability who are the real champions. This charity promotes the social inclusion of people with a disability into the social, economic and cultural life of their community and how they continue to face discrimination in some shape or form. However, this strong cast is determined to overcome adversity and they will certainly shine on the night. We are currently in rehearsals and I, personally, am overwhelmed by the talent of the cast. Bohemian Bap City is going to be a top class event.”

Ian Wilson, Chief Executive of the Grand Opera House is delighted to welcome Action Ability back for their annual showcase:

“We are very proud to work with the Action Ability team, and the outstanding cast of performers, in staging this unique one-off production. Our partnership with Action Ability adds to the Grand Opera House’s aim to give local talent the opportunity to perform on one of the UK and Ireland’s most iconic stages.”

“This production is proof that Action Ability really does what it says in the name. Bohemian Bap City is a wonderful and exciting project, which has brought great joy and happiness to all concerned. We are indebted to the Grand Opera House for their continued support and, of course, grateful to Planet Fun, whose generous sponsorship has afforded us the luxury of putting on an even bigger and better show this year. We can promise that our cast and Flash Harry will put on a professional and hilariously funny performance and ‘We Will Rock You’!”

Tickets for Bohemian Bap City, which is narrated by TV personality Robin Elliott, are available from the Grand Opera House Box Office on 028 9024 1919 and our book here https://www.goh.co.uk/whats-on/bohemian-bap-city/.