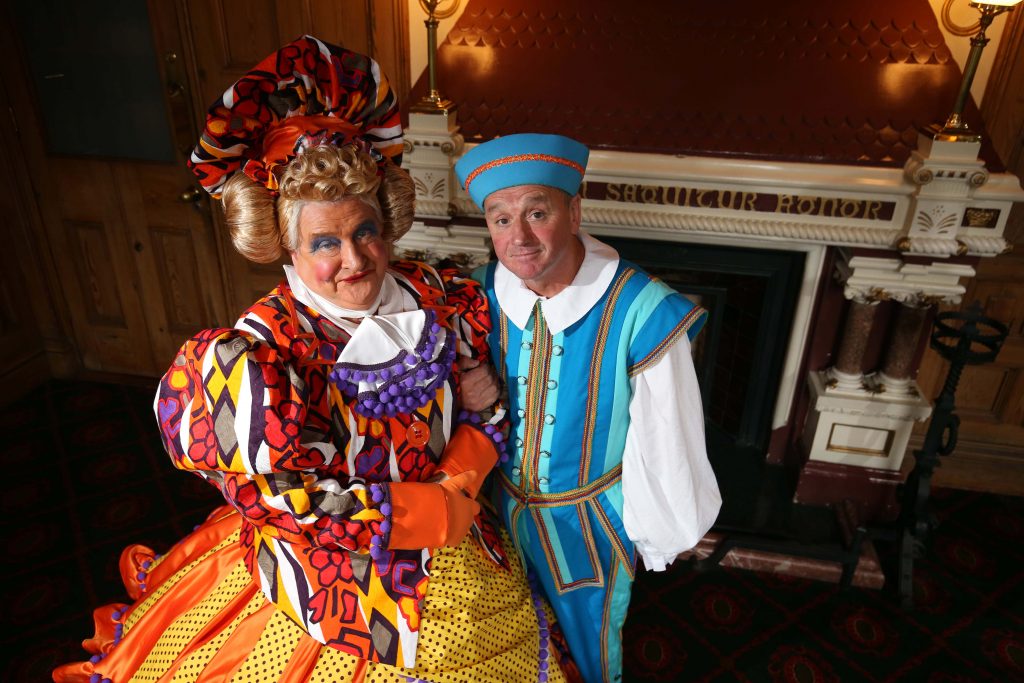 The most famous face of Northern Ireland’s pantomime season, May McFettridge, this year celebrates her 30th Anniversary treading the boards at Belfast’s Grand Opera House.

May celebrates the momentous milestone when she once again takes to the stage as the undisputable Queen of Pantomime in this year’s dazzling show, Beauty and the Beast. The legendary battleaxe, who has chalked up around 2,400 appearances on the Grand Opera House stage, leads the show which boasts a cast of 30, stunning sets and scenery, and some amazing special effects!

“May McFettridge is a true legend and we are delighted that she will celebrate her 30th pantomime anniversary this year. When you think of pantomime you immediately think of May and all that she brings to the show every year.

“All of May’s colleagues at the Grand Opera House, and a generation of theatregoers, would like to thank her for all the laughter she has brought us through the years.”

Since making her pantomime debut, May has appeared alongside a galaxy of stars including Jimmy Cricket, Su Pollard, Linda Nolan, Britt Ekland, Lisa Riley and Zippy, George and Bungle.

This year she will be joined by star of stage and screen Ben Richards (Footballers’ Wives, Holby City, Hollyoaks, The Bodyguard) as well as comedy magician and Britain’s Got Talent favourite Mandy Muden.

Staged by the world’s largest pantomime producer, Qdos Entertainment, Northern Ireland’s biggest pantomime follows the story of Belle as she finds herself transported to a cursed castle and held captive by a hideous Beast. Can Belle see beyond the monster and fall in love with her captor before the last petal falls from the enchanted rose? Or will the Beast’s selfishness cost him the world he once knew and the hand of the girl who has melted his heart?

May’s special anniversary will be shared with another monumental event. After the final curtain falls on this year’s pantomime on Sunday 12 January 2020, the Theatre’s ambitious £12.2 million restoration programme will begin. The Grand Opera House will reopen in November next year, ahead of its 125th Anniversary in December 2020.